In a city struggling to determine just how neoliberal it can afford to be, what kinds of performing arts practices and institutions are necessary – and why?

Since the fall of the Berlin Wall, political and economic agendas in the reunified German capital have worked to dismantle longstanding traditions of state-subsidized theater, even as the city has redefined itself as a global arts epicenter. Institutional Theatrics charts the ways theater artists have responded to these shifts and crises both onstage and off, offering a method for rethinking the theater as a vital public institution.

What is the future of the German theater, grounded historically in large ensembles, extensive repertoires, and auteur directors? Examining the restructuring of Berlin’s theatrical landscape and most prominent performance venues, Brandon Woolf argues that cultural policy is not simply the delegation and distribution of funds. Instead, policy should be thought of as an artistic practice of institutional imagination. Woolf demonstrates how performance can critique its patron institutions in order to transform the relations between the stage and the state, between the theater and the infrastructures of its support. Bold, nuanced, and rigorously documented, Institutional Theatrics offers new insights about art, its administration, and the forces that influence cultural production.

In May 2022, Deutsches Haus at NYU hosted a public conversation among Brandon Woolf, Olivia Landry, and Sasha Marianna Salzmann, moderated by David Savran, which focused on Brandon and Olivia’s recent books about contemporary theater in Berlin. 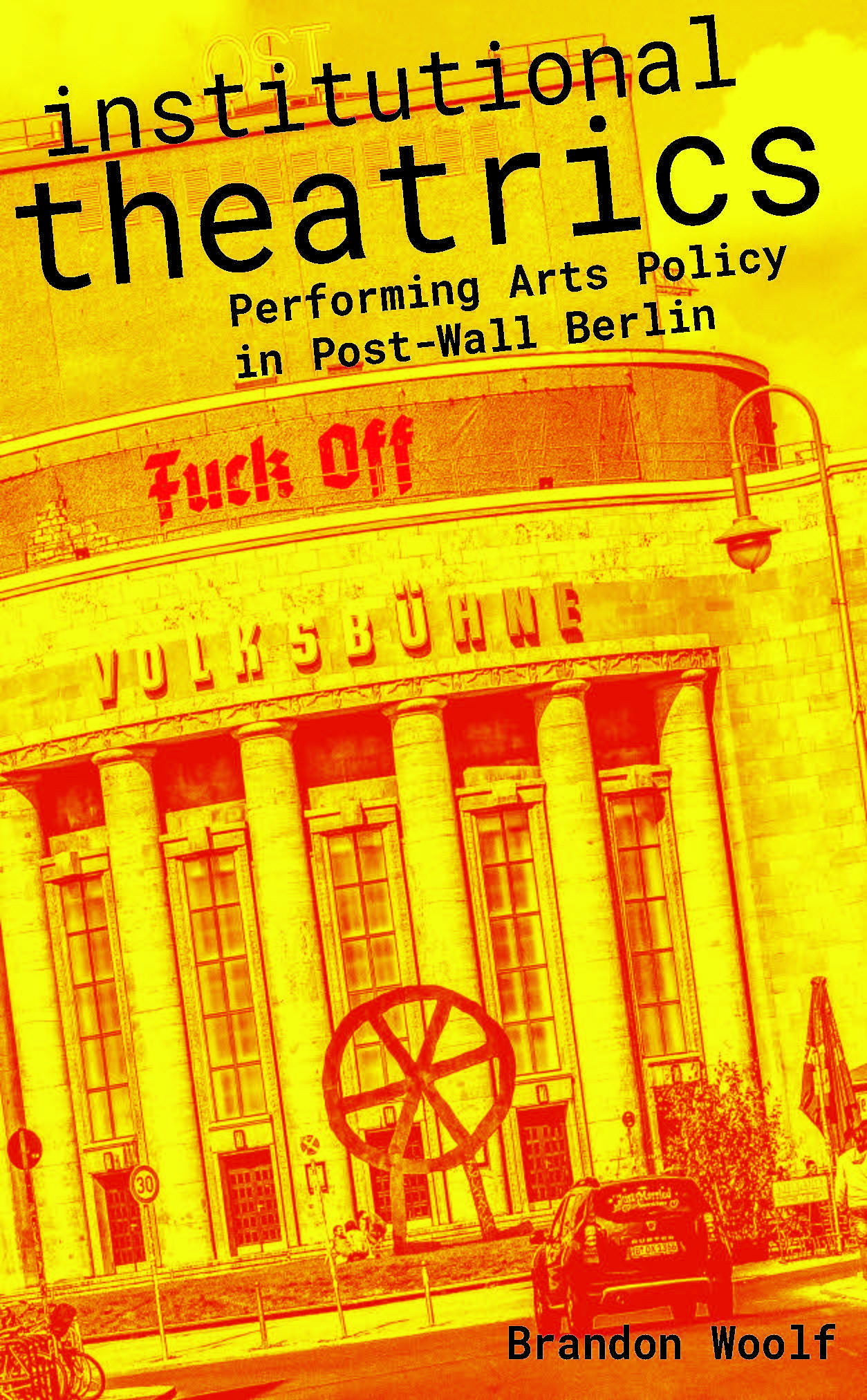 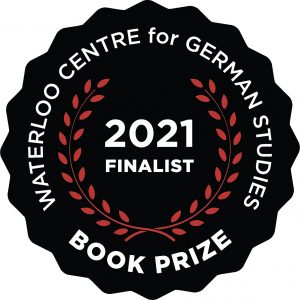 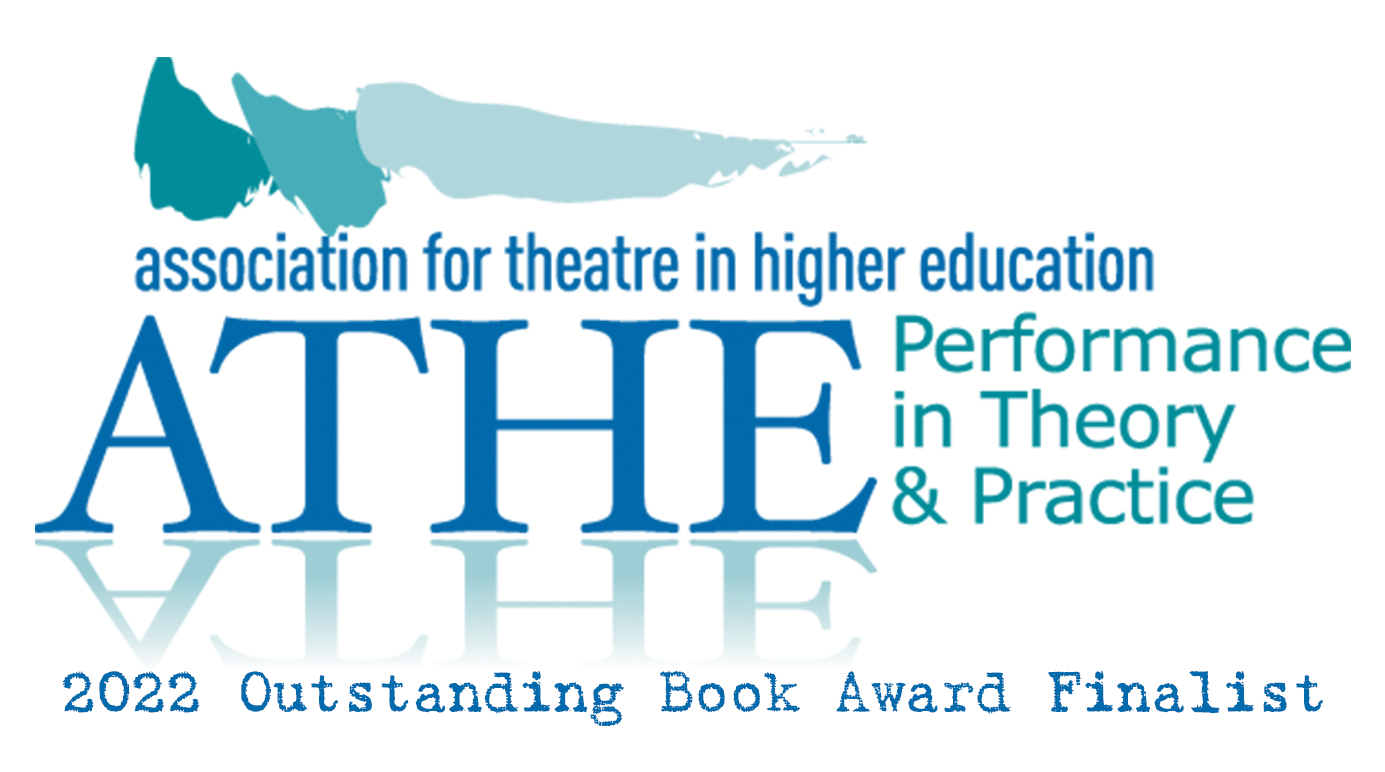 “Brandon Woolf’s study is a landmark analysis of post-1989 Berlin theater. It is by turns an exciting and impeccably researched story well told, a theoretically astute discussion of cultural policy, and a groundbreaking study interweaving institutional and aesthetic critique. Its cast of larger-than-life characters and theaters—the liquidation of the Schiller Theater in 1993, the rise and decline of the Volksbühne under Frank Castorf, Brecht’s Berliner Ensemble, and a motley assortment of politicians—quite literally haunt the pages of this highly readable book.” — Christopher Balme, author of The Theatrical Public Sphere

“Rigorous, vivid, heartfelt, and timely, Brandon Woolf’s Institutional Theatrics tells at least three urgent stories. Most visible is the story of modern and contemporary theater in Berlin, bursting with some of the world’s most important venues and makers, and enmeshed in—and symptomatic of—that iconic city’s massive ideological changes. Second, it argues for the importance of cultural policy, not as the irrelevant or destructive activity of absentee bureaucrats, but as the necessary creative work of making culture, understanding histories, and imagining futures. Finally, and fundamentally, Institutional Theatrics is about ideas of the public and the people—what we want from them, and how we work culturally to realize them.” — Jen Harvie, author of Fair Play: Art, Performance and Neoliberalism

“In Institutional Theatrics, Brandon Woolf offers a fascinating study of the institutional and infrastructural politics of theater in Berlin since the 1990s. Through considered and original analysis, Woolf depicts a theater grappling with its own rapidly changing systems of support and, in the process, re-imagining what sort of political and economic life might be possible beyond the proscenium arch. This book invites us to think about the politics of theater in new and productive ways.” — Michael McKinnie, author of City Stages: Theatre and Urban Space in a Global City

“Institutional Theatrics makes the argument that cultural policy be considered ‘a performative practice of infrastructural imagining and not just an administrative agenda for divvying and delegating funds, that ‘aesthetic formations cannot be separated from institutional and broader social formations.’ This is a bold agenda and one that the book fulfills in its careful dialogue between policy and performance . . . a major contribution to the debate on the interpenetration of cultural policy and performance itself.” — David Barnett, author of A History of the Berliner Ensemble